This extra rare Tawny was sourced from 30 year old barrels started with a small amount of wine from Ron’s Grandfather Benno Liebich’s 80 year old barrel. All Liebichwein Tawny styles are made up of predominantly fortified Grenache grapes. Liebich Very Old Rare Tawny is an exquisite aged fortified in extremely limited quantity of 200 bottles that are specially printed with gold ink.

Taste Notes:
The nose is extremely rich and complex capturing the essence of raisins and sweet spices of?cinnamon. The palate clearly shows wonderfully developed aged flavours and great intensity. It all ends with a lingering sweetness and luscious syrupy mouthful.

END_OF_DOCUMENT_TOKEN_TO_BE_REPLACED 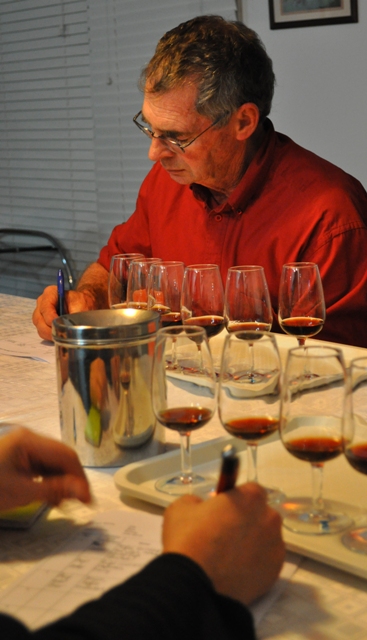 Ron?s love of wine has kept the Liebich family making wine at Rowland Flat for over three generations. The 2016 vintage will be Ron?s 46th as an artisan producer of richly flavoured wines from grapes nurtured on the property. Ron recently celebrated his 70th birthday and is still just as passionate as when he started his winemaking career after graduating from Roseworthy College in 1969.

Ron was working in the extended family winery, Rovalley Wines, run by his Uncle ?Darkie? Liebich in Rowland Flat. He would make every wine style including sparkling Charmane, Crouchen Riesling, Claret, Sweet Sherry and Cobweb Tawny. When the business was sold in 1985, he was able to purchase a house and farm on Steingarten Road continuing to run the vineyards with his wife Janet. With winemaking in his blood, Ron couldn?t resist making small batches of wine each vintage to mature in barrels, while dreaming of one day starting his own winery. By 1992 this dream became reality when the shed was built to begin Liebichwein Cellar Door Sales.

The 40 acre Liebich property sits off the valley floor on rich biscay soils catching cool gully breezes and escaping any frosts. Initial vineyard plantings included Shiraz, Cabernet Sauvignon and Riesling. Ron?s love affair with grapes is so great he quickly grew to nurturing 14 wine varieties, as well as growing over 15 types of table grapes for personal use.

Ron is a quietly spoken man and likes to let his wines speak for themselves. He loves the flexibility of being able to make small batches in a wide assortment of wine styles. Ron prefers nature to do most of the work to see how terroir is reflected in the wines. Experimentation is key in recent years as he?s got to know how to deal with growing and vinifying alternative varieties such as Tempranillo, Petit Verdot, Mataro and Viognier.

Over the years, Ron has become most well-known for bold fruit-driven red wines and is one of the Barossa Valley?s best producers of fortified wines. Liebichwein cellar door has become popular with fortified lovers of all ages. Ron is also known for offering valuable advice on storing and ageing home barrels. The fortified range draws on museum stocks dating back to the 1940?s and includes blends of various ages made from Muscat, Semillon, Frontignac, Grenache and Mataro (also known as Mourv?dre) grape varieties.

What the Barossa means to Ron?

Ron enjoys continuing the long history of our family making wines in the Barossa Valley. He loves how the Barossa climate is suited to producing a variety of styles which customers really appreciate tasting at our cellar door. His passion for maintaining fortified winemaking traditions is so strong he has run an annual Home Barrel Competition in conjunction with Fortified Fest events at the winery. 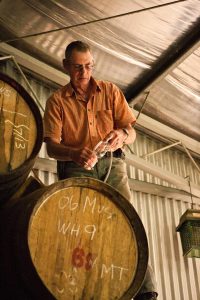