Meet the family behind Liebichwein

Wines from the barossa valley

The Liebich story is a continuation of three generations of winemaking in the famed Barossa Valley wine region. The Liebichwein vineyard and winery is run by husband and wife team, Ron and Janet Liebich, who have always lived in the Barossa and love the people and unique lifestyle it offers.

Over 100 years of winemaking

Ron Liebich was born into a winemaking family and he continues a long tradition of producing quality wines from grapes he has nurtured on their property. Ron’s grandfather Benno Liebich commenced making wine in the same area in 1919.

It was natural to name the winery LiebichWein (pronounced Lee-BICK wine) as this is a Barossa German translation for “I love wine”.

Ron and Janet want you to love wine as much as they do!

Why the Barossa Valley?

Well this is where Ron was fortunate to be born into a winemaking family. The Barossa just happens to provide unique climatic and soil conditions for growing grapes.

Over the past 150 years, Barossa wines have been consistently outstanding and they exhibit abundant diversity and heritage.

Ron and Janet’s love of wine has kept the Liebich family making wine at Rowland Flat for over three generations. Ron was born into a winemaking family as his Grandfather, Benno Liebich, started Rovalley Wines in 1919.

Rovalley Wines grew into a well-known Barossa winery in the 1960’s and 70’s and was run by Ron’s extended family at a time when table wines were sold in half gallon flagons, Shiraz was known as Hermitage and fortified wines were a more common sight than table wines. In those days it was Uncle Clarence Walter Liebich who was head of the business and head winemaker. Everyone called him “Darkie” due to his jet black hair. Darkie was considered an important member of the Barossa wine fraternity when he was inducted as an inaugural Baron of the Barossa in 1976.

Darkie was a strong-minded and persuasive fellow who encouraged Ron to steer his career towards taking over the family winemaking duties. The 60’s were a time of great change in the industry. The trend was towards sparkling and table wines being selected for vineyards and bottling instead of sweet dessert styles. So while Ron’s brothers were busy with vineyard and sales operations, Ron went off to study oenology in his early 20’s at nearby Roseworthy Agricultural College. After graduating in 1969, he gained valuable skills in the family trade and made all styles of sparkling, table and fortified wines.

Rovalley Wines was eventually sold in 1985 allowing Ron and Janet to buy back their home and vineyard. Following this major change, Ron continued to make small batches of wine each vintage to mature in barrels, while dreaming of one day starting his own winery. By 1992 this dream became reality when the Producers Licence was granted and a winery shed built to begin Liebichwein Cellar Door Sales.

Many of the current labels are named after Liebich family members to honour their memory and influence in the traditional methods they taught Ron. 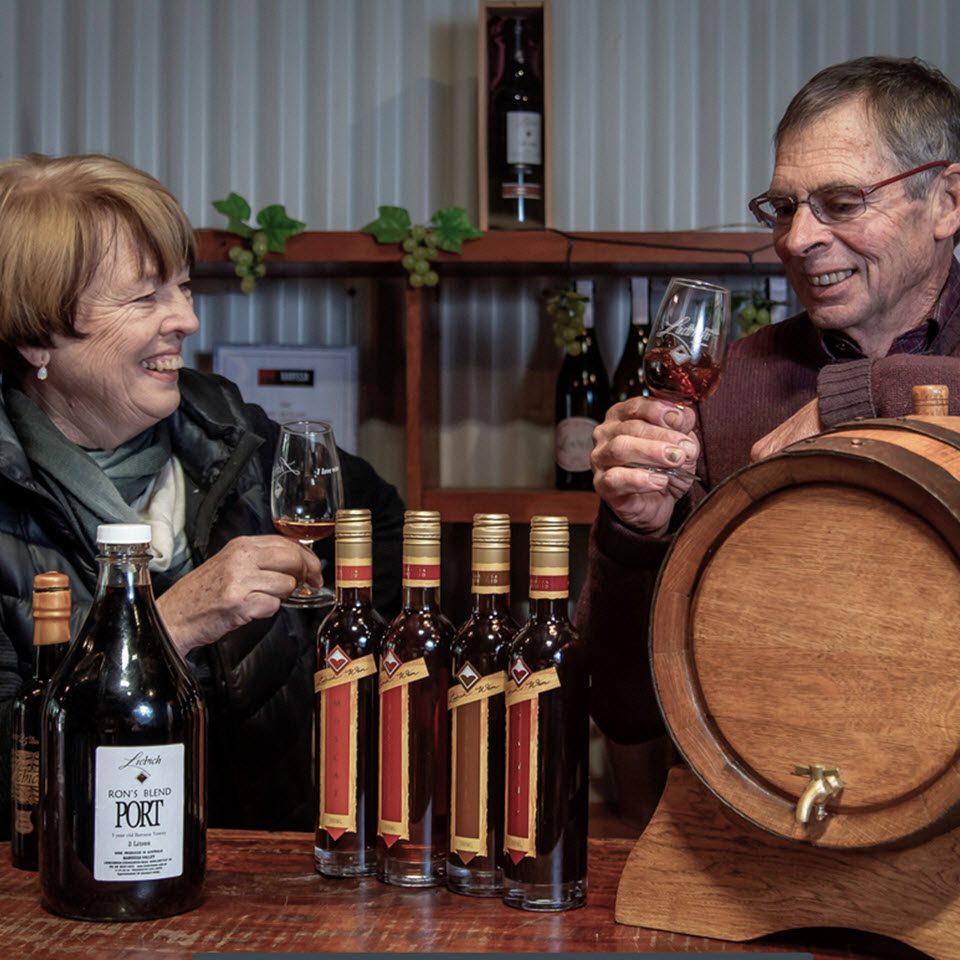 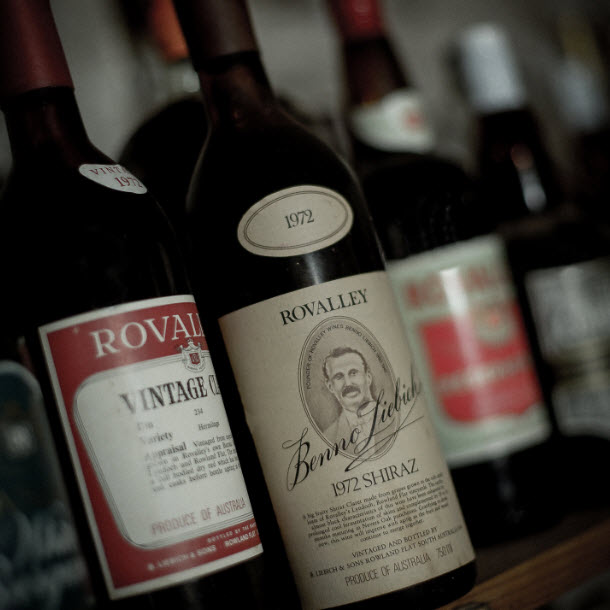